Contents hide
Keystone Habits
What are Keystone Habits?
The Five Best Keystone Habits to improve your Wellbeing
1. Make Your Bed
2. Healthy Eating
3. Exercise
4. Planning Your Day
5. Self Discipline
The power of keystone habits to deal with anxiety
Small Changes, Big Results
They Don’t Have To Be Time Consuming
Keystone Habits Book 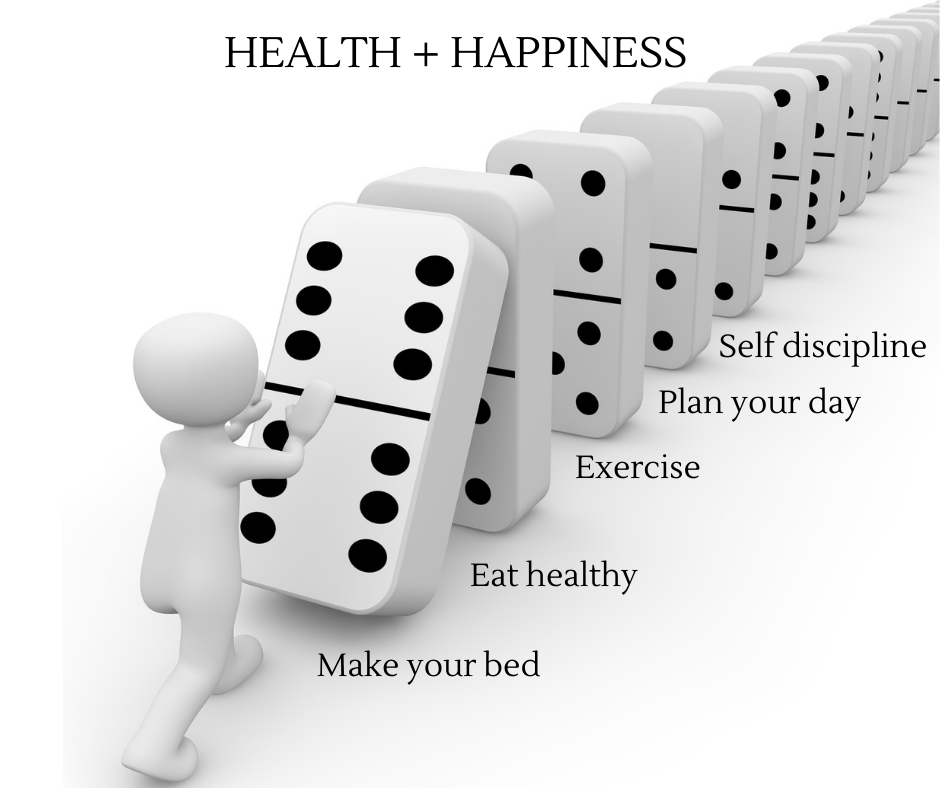 I remember working with a woman who struggled with her mental health and motivation. And after living with depression for many years the thing that changed all of that? It was making her bed. So simple yet it was a game-changer. Making her bed meant that she didn’t go back into bed. Then she added on a daily shower and getting dressed instead of staying in her pj’s. She started preparing breakfast and eating better. She later took on a volunteer role which gave her a sense of purpose and meaning to her day.

Making your bed is in fact a great example of a Keystone Habit.

What are Keystone Habits?

Keystone Habits are habits or small changes that then trigger other healthy changes. The habit creates a domino effect that has positive benefits on our health and happiness.

The Five Best Keystone Habits to improve your Wellbeing


The habit of bed making is correlated with a sense of greater well-being and higher productivity.
Gretchen Rubin

Gretchen Rubin writes in her bestseller ‘The Happiness Project’ that making the bed was ‘the number one most impactful change that people brought up’. Making the bed takes just a few minutes but leads to many other important changes as described above with my client. It is also shown to increase productivity and boost happiness according to Charles Duhigg, author of The Power of Habit. It has also been found that people who make their bed every morning are more likely to enjoy their job, own their home and exercise regularly.

A 2009 study found that people who tracked what they ate in a food journal lost twice the weight as those who did not. Eating healthily more often leads to other lifestyle changes such as exercising, self-care and meditation.

And when it happens the other way round, when you exercise regularly it often leads to healthier eating. And people who exercise are found to be more productive, more patient and feel less stressed.

Being clear on what you want to achieve in a day and having a plan leads to more productivity, a greater sense of accomplishment and allows you to plan in other positive habits such as journaling, meditating and exercise.


As people strengthened their willpower muscles in one part of their lives—in the gym, or a money management program—that strength spilled over into what they ate or how hard they worked. Once willpower became stronger, it touched everything.
Charles Duhigg

The single most important keystone habit for success, in business, for students and in our own life is having willpower. When we get focused and intentional on what is actually important and take the steps to make our goals happen we really see the ripple effect of keystone habits.

The power of keystone habits to deal with anxiety

It can be difficult sometimes to understand how taking control of small habits in your life can impact bigger issues such as depression, anxiety and confidence. When we understand how one change can lead to a chain reaction it is motivating and empowering.

Keystone habits can be large significant ones or they can be small everyday changes such as drinking more water, taking a daily shower, or getting dressed every morning. Or as we have seen, simply making your bed. It’s the ripple effect from each of these that can transform your life, make it much more positive and increase your quality of life. 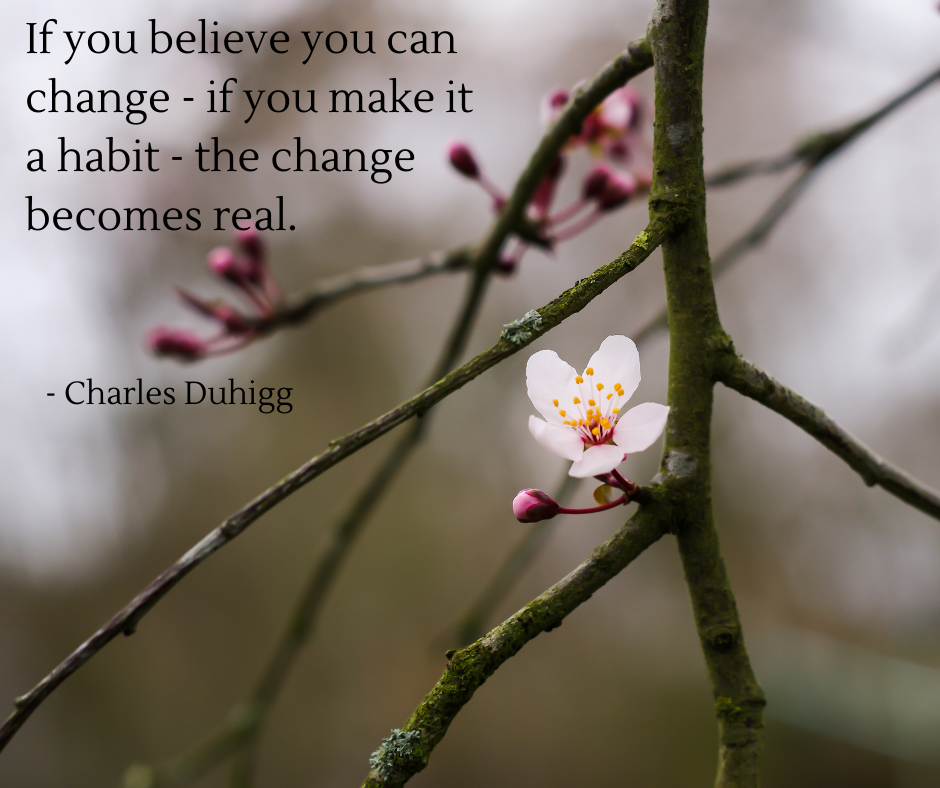 They Don’t Have To Be Time Consuming

I worked with a woman who needed help with working out what she wanted in life. We actually started with decluttering and got her home simplified and organised. Every day she spent 10 minutes looking for her house keys and ended up stressed and in a rush to get to work. We put a basket by her front door and the first evening she arrived home and put her keys in the basket. The following day, she was 10 minutes early for work and a lot less stressed. From there, she decided to use those 10 minutes for breakfast and so started the day in a healthy way. That then led to her deciding to cycle to work. She eventually moved to a nicer new apartment and changed her job. And it started with simply finding a place for her keys!

Many of these small steps can be achieved with just a few minutes a day and are completely achievable. Making your bed, morning affirmations, drinking water, wearing nice clothes, spraying on your perfume, eating a healthy snack, all of these are completed in a couple of minutes.

What step can you take right now that would have this domino effect on your wellbeing? 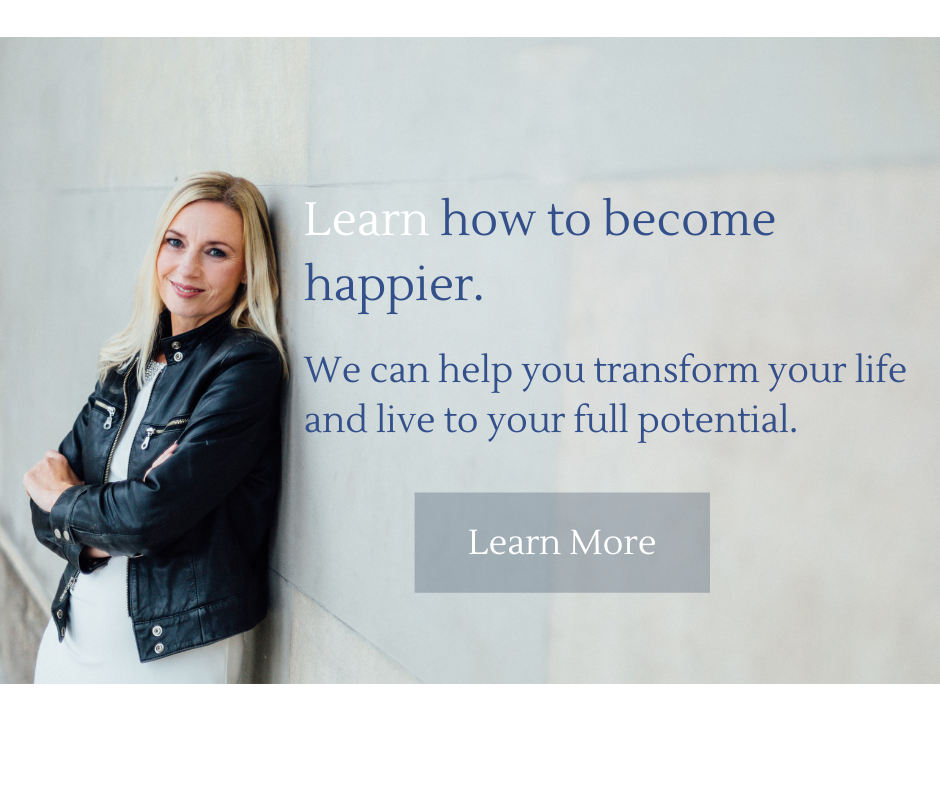 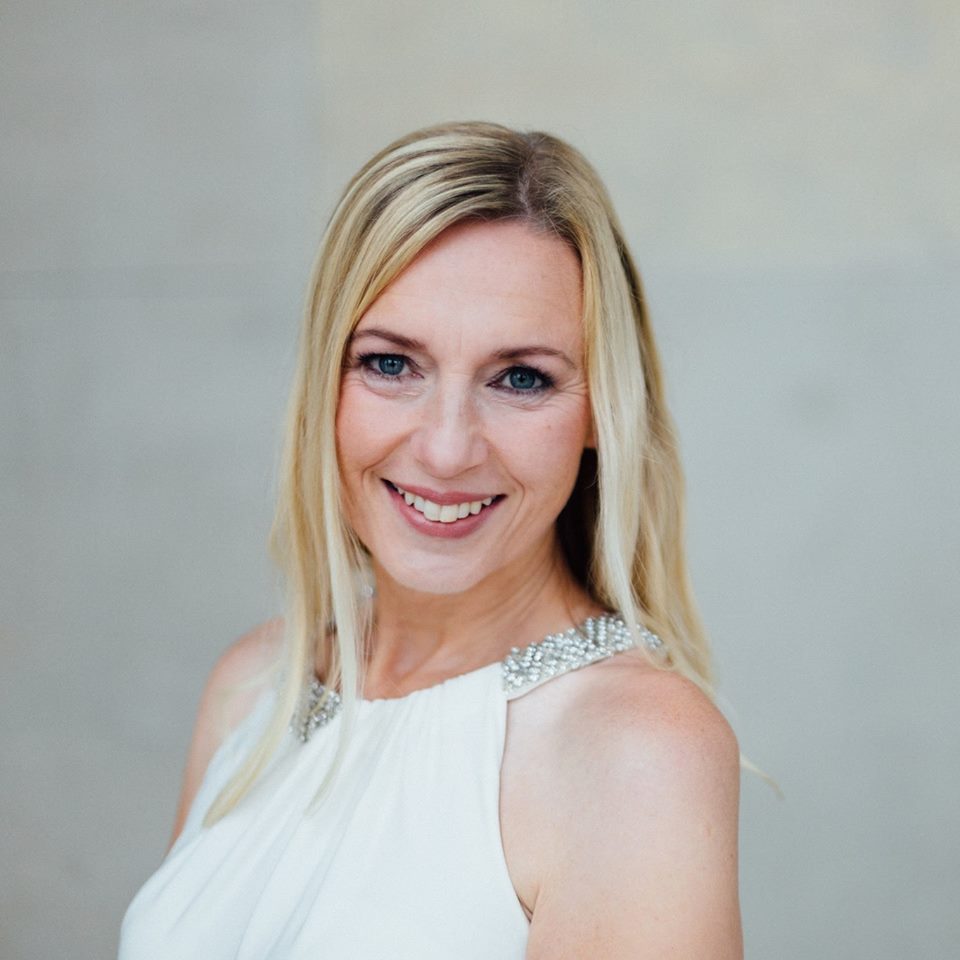